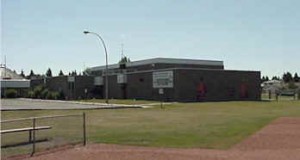 The community of Palliser is named after Captain John Palliser, an early explorer and surveyor in western Canada. Accompanied by a botanist, a doctor, an astronomer and an artillery officer turned naturalist, John Palliser lead an expedition to survey the land mass between Lake Superior and the Pacific Ocean. Because of Palliser’s significance in Alberta history, his name adorns such varied features as the Palliser Mountain Range near Banff and the stately Palliser Hotel in Calgary. The community of Palliser is located in the southwest sector of the City. The pathway links Palliser to the Glenmore Reservoir and its many recreation opportunities, such as boat docks, Weaselhead Flats hiking trails, Glenmore Park and the Heritage Park Historical Village. Palliser encompassed the community of Pump Hill until 1991. At that time, the community was split along 19 Street S.W. to form Palliser to the west and Pump Hill to the east.

Bayview is situated in the southwest sector of the City along the southeast edge of the Glenmore Reservoir. As the name of this community suggests, many residents enjoy views of the reservoir. There are many outdoor recreation opportunities within the vicinity of Bayview including boat docks, the pathway, Weaselhead Flats hiking trails and Glenmore Park. Heritage Park Historical Village is also a popular venue for Calgarians and tourists. Vehicular access to the downtown and other parts of the city is provided by Heritage Drive, Crowchild Trail and Macleod Trail. Bayview developed into a primarily single family residential community in 1967, although the land was annexed to the City of Calgary in 1956.

Although the area known as Pump Hill developed in the late 1960’s, it was not established as a community district until 1991. The community of Palliser originally encompassed Pump Hill. The pathway system links Pump Hill to the Glenmore Reservoir and its many recreation opportunities, including the boat docks, Weaselhead Flats hiking trails, Glenmore Park and the Heritage Park Historical Village.

Operated by the Community Association. For other recreation offered by the City of Calgary visit Calgary Parks & Recreation

Offered by the Community  Association: