Calgary was founded in the East Village area – more specifically at the confluence of the Bow and Elbow rivers in 1875.

Early East Calgary (latterly known as East Village), has faded from slight, but not memory. Calgary was founded in East Village and from 1875-1913, was alive with activity, development and eager to grow up. The boom had ended by 1913 and except for a short time in the late 1920s never rebounded. Today, this community is home to few buildings, but lots of big ideas. The City realized that the rehab and rebirth of East Village was a long-term project requiring financing that would go the distance, so Calgary adopted the Community Revitalization Levy (CRL), a funding system that’s a first in Canada. East Village has the potential to become a unique downtown district, blending various types of housing with commercial and community facilities to serve local residents, downtown workers and Calgarians in general. 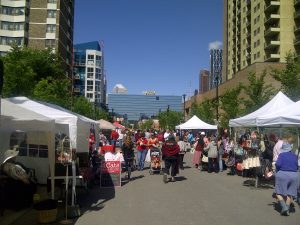 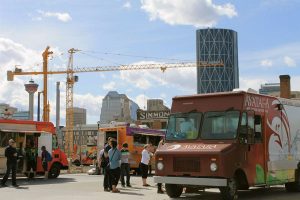